I admit that I am a "glory" junkie. 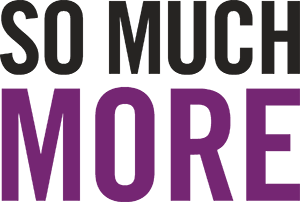 Everyone wants to be a part of something bigger than themselves.  They want to participate in something that is of greater significance than just the confines of their own personal life.

As evidence I suggest the recently concluded 2017 World Series of baseball between the Los Angeles Dodgers and the Houston Astros. Hundreds of thousands of people polarized toward one team or the other and got crazy in cheering for that team to be the best baseball team of 2017.  Personally, I'm disappointed that the Chicago Cubs were not in the Series, but take consolation in the fact that the Cubs won the Series last year and made baseball history richer for it.

The fact is that the Creator crafted human beings to live for something transcendent ... a state of being beyond and outside of the ordinary range of human experience.

Back in 2005, my wife, Pam, and I moved from the comfort of our home in northern Oregon to live a half degree north of the Equator in the town of Jinja, Uganda.  We were naive, inexperienced, lost in false imagination, but confident that living out our life in a foreign culture for the glory of God would provide us with that state of being beyond and outside of ordinary range of human experience.

Some would opine that we were misguided at the least or perhaps completely delusional.  But, with no regrets, year after year we have embraced this choice with renewed vigor ... a bit older ... and perhaps a bit wiser ... and a bit softer and tenderized by the whole experience.


Last year Pam and I embarked on a new expression of our vision to impact the next generation.  We launched a residential mentoring course in Uganda that was to last for 12 weeks.  We had visiting facilitators from Kampala and Jinja assist us with formal instruction and informal influence.  Living in community with young men and women from America, Congo, and Uganda, for 12 weeks was a vibrant context in which mentoring was experienced.  Without qualification, every life was impacted and changed forever, for the glory of God.  The name we gave this effort was ONE STEP ... with the byline "Life is a journey ... taken ONE STEP at a time."


With godly ambition we embarked on our second year of ONE STEP seven weeks ago.  18 beds were occupied by 12 men and 6 women.  Filled with great enthusiasm, we renewed our plan to influence the lives of more young men and women by helping them find satisfactory and life changing answers to the basic questions of life:  (1) Who are you? ... the question of IDENTITY, (2) Why are you here? ... the question of PURPOSE, and (3) Where are you going? ... the question of VISION.

This year, by the grace of God (it was not a part of our original plan) God graced us with peer mentors who had completed the the first ONE STEP Course in December of 2016.  Three men and one woman, all spiritually mature, committed to assist, lead, teach, direct, and love the 9 men and 5 women enrolled in this year's One Step Course.  The impact these four peer mentors have had on the 2017 One Step Course has multiplied results beyond imagination.  Pam and I can't imagine this year's effort without their invaluable perspective, presence, and proficiency.


As Pam is fond of reminding me, "From a distance it looks like an adventure, but up close it is filled with challenges."  We are living with 18  young men and women who are 40 years younger than we are.  They seem to have more energy than an atomic bomb and their appetites appear to consume huge amounts of food ... even before it is removed from the market!  They came with expectations and independent spirits.  One is a recent convert to Christ who was a former major drug distributor in Jinja, while a couple others have religious training, but no relationship with Jesus Christ.  We have a lack of privacy (not all bad!) and a constant barrage of inquiries.  Sometimes we imagine that "normal people" our age are collecting Social Security checks each month, celebrating the birthdays of their grandchildren, and planning their next excursion to some exotic place they have never been before.

From a distance, some may wonder why would we do such things ... at our age!?  Others may shake their heads and wonder at the amount of personal sacrifice made for such a life.  Still others may be curious why some people do what they do with their senior years, while a few may even be envious.

WHY?  Why do Paul and Pam Hunter choose to live out their "retirement years" in such a fashion?  To us the answer is simple, profound, and rewarding.  We have discovered that God made us for Himself.  Created in His image and likeness, we were designed by the Supreme Designer to be a part of His glory.  We were made for something far greater than a life limited by our personal existence.  Many people will invite God to be a part of their vision, but few seem to find their part in His.

Living in a foreign culture, 10,000 miles from family and friends, among more than a dozen people 40 years younger, with constant demands, deprived sleep, increased pressure ... we are "living the dream!"  We are living for something far bigger than ourselves.  We are receiving opportunity after opportunity to bring Heaven to Earth.  We are experiencing a life of significance and fulfillment.  Simply by living for something that is much bigger than ourselves.

And, it wouldn't be possible, if not for other people who believe in living for something larger than life; people who believe in us and what we do; people willing to join us with prayer and financial support.  You know who you are.  And, we are forever grateful that you have made it possible for us to embrace this wild and crazy life.  Your "sacrifice" joined with our "sacrifice" equals a privileged life that is beyond and above our wildest imagination.  We stand in awe at where we are and wonder "how on earth did we get here"?  God is our only explanation.

Thank you for being a part of our expression of the glory of God.