It's a simple law, among several others.  It's a law of the harvest. 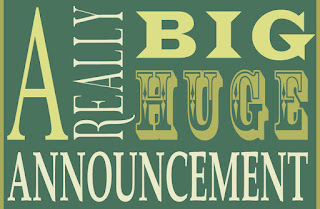 We always reap in a different season than we sow.

Next Generation Ministries has been a registered not for profit organization for ten years.  It is a charitable ministry committed to empowering, equipping, encouraging, and releasing the next generation.

Over the past decade, NGM has been privileged to work with dozens of young men and women ... believing in them, encouraging them, and calling them up to the potential seen in them.  Some have been under the influence of NGM for just days or weeks.  Still others for several years.  Some began their spiritual journey with us.  Others came along well on their way to their God given destiny.

Today, Next Generation Ministries is ecstatic to announce it is sending out it's very first full time missionary.

Perhaps "sending" is not exactly the right word, but it somehow seems to fit the occasion.

NGM is providing the framework for Prince to receive financial donations so that he is free to work full time in a missionary capacity.  His first and immediate responsibility will be to work directly with NGM as the Associate Director of One Step.

Prince is 28 years old.  Every old man (I will be 71 years old in just over a month) needs a young man in his life and every young man needs and old man in his life.  But, not just any young or old man.  Prince and I believe that each of us are God's answers for the other at this time in our lives.

Prince grew up with his family as part of a local church here in Jinja.  He will be forever grateful for the opportunities Pastor Robert Kaahwa and Gateway Miracle Center gave him at the age of 21.  Prince served as the worship leader for nearly five years and also worked in the areas of youth and evangelism ministry.

In a huge step of faith, Prince applied for and was accepted by Youth With A Mission in South Africa for their Discipleship Training School (DTS).  Upon his successful completion of the DTS in 2016, Prince was asked to return to South Africa as part of the Staff at the Cape Town YWAM base.  However, NGM also asked him to be a part of the initial One Step Course that year.  Prince became the worship and outreach leader for One Step as he waited for his visa to be granted for his return to South Africa.

YWAM was more than grateful to have Prince working as a staff leader for 9 months and trusted him with the Mission Outreach that took some of their students to 3 islands off the coast of India before going to a very remote region of Nepal where the residents heard of Jesus for the first time.

Prince then returned to Uganda, two days before the 2017 One Step Course began in mid September, to work as one of four peer mentors.  However, his initiative and leadership skills soon had him not only leading the worship sessions and outreaches, but coordinating, directing and leading the course.  Prince also taught classes on leadership and discipleship and instantly became one of the favorite teachers of the students.

After seeking the Lord and consulting with the members of both the Ugandan and American Boards of Directors of NGM, I officially offered Prince the opportunity to work full time with NGM and become the Associate Director of One Step.

More important than Prince's leadership skills is his humble and godly character.  His ability to love everyone and to see beauty in the midst of brokenness manifests he is a perfect fit for this responsibility.  This decision seems to be a result of the seeds sown in the life Prince.  It is time to harvest the reality that Prince is a disciplemaker.

Would you please help this young man get started as a full time missionary?

If you click on the DESIGNATED FUNDS in the Donate Now window at the upper right hand corner of this blog, you will find that you can donate either a one time or monthly gift for Prince.  We believe that your investment will pay a high dividend for the Kingdom of God as we work together to make disciplemakers.

If you would rather send a check or money order, mail it with a note designating it for Prince's support, to NGM, 29940 South Dhooghe Rd, Colton, OR 97017.