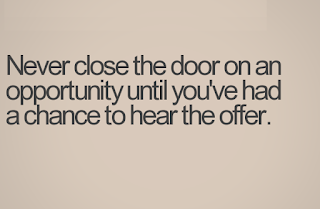 Few places are as terrifying to a Ugandan than the United States Embassy.  If you don't work for the Embassy, you are there for your interview after applying for a visa online.  Applicants are dressed to the nines, armed with letters of invitations and references, and strategies to impress the consular they will see.

Fewer than 10% are granted visas.  The commonly heard words are, "I'm sorry.  You don't qualify."

One family and a single male were given visas on January 4, 2018.  On January 8th, Prince Mukisa retrieved his Uganda passport which contained a two year visa to the United States.

This is where you come in.  This is a huge opportunity for you.

Last year, Prince Mukisa was approved by NGM Board of Directors in the United States as a full time missionary.  His specific responsibility is to serve as the Associate Director of One Step.

Prince is a young man with a passion for the nations of the world.  After a year of training with Youth With A Mission in South Africa, he was invited by the staff there to serve with them the following year.  He was the mission director and took a team to some islands in the Indian Ocean and to Nepal.  Prince returned to Uganda in late September of 2017 to serve as a peer mentor in the One Step Course.  It was during this time that he was invited to become a part of the leadership team as a full time missionary.

God has made a way for Prince to come to America.  Your opportunity is to meet him personally.  If you would like to meet Prince please email Paul Hunter at nextgenminug@gmail.com.

Prince will be in the Sacramento, California area the month of April before traveling to Oregon the beginning of May.  Paul and Prince plan to be in Oklahoma for ten days to two weeks during the month of July.  Prince will be the Special Guest Speaker at the annual NGM BBQ on August 11, 2018.

If you are in Oregon, Washington, Idaho, or Montana and wish to have Prince and Paul come to visit you, please contact Paul through the above email address.

This video was produced by Prince Mukisa, Associate Director of One Step, and Bill Mukasa, NGM Media Producer. 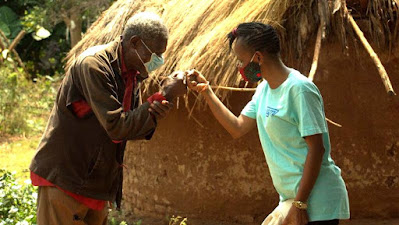 Answering the Door of Opportunity

2020 ... wow ... a year that most people would like to forget and can't wait to stick in the history books.  All the undesirable consequences.  The challenges.  The adversity. However, consider this:  On the surface it is adversity ... but just below the surface is an opportunity. This year has forced many of us to face things that were below the surface.  Things we may not have dealt with apart from the adversity.  We discovered an opportunity to readjust our priorities.  We discovered we had the opportunity to think outside the box.  We have explored innovations as we have adapted. Next Generation Ministries was no exception.  The restrictions in Uganda we were forced to honor made our work more challenging.  However, below the surface of those challenges and adversities, we discovered some HUGE OPPORTUNITIES .  I want to share a major one with you in this post. In spite of the difficulties caused by the government-imposed mandates our effort to change Uganda one person at a time 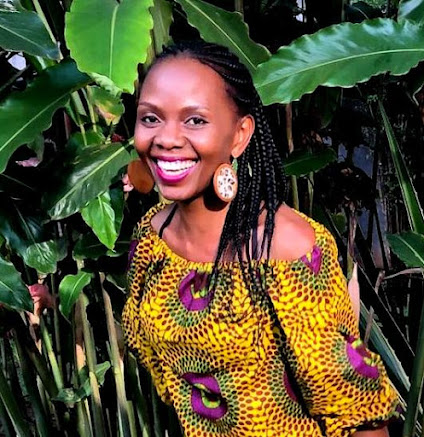 Believe it or not, Next Generation Ministries looks back on 2020 as a year of opportunity despite the severe challenges it brought due to the coronavirus pandemic.  The leadership remained flexible, adapting to accommodate the restrictions of the disease.  The result was a  HUGE step forward for the organization.  The focus was not on what couldn't be done but on what could be done. Traveling to Uganda from America was impossible.  Paul and Pam Hunter, Directors of NGM, had to remain in the United States for the entire year.  Bad news?  Not really.  The staff took advantage of the opportunity to take more direct ownership of the vision to change Uganda one person at a time.  The admiration the Board of Directors had for the impact the staff made during the past challenging year lead to an acceleration of what had appeared to be a long-range goal. It is with distinct pleasure that NGM announces the transition of Sylvia Subo from Administrator to Assistant Director effective Januar 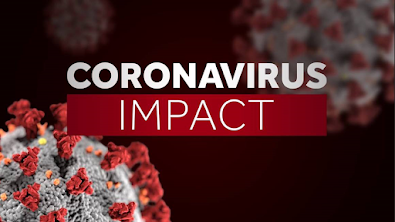 When the coronavirus pandemic hit America this past February I had an unspoken sense that after a couple of weeks or maybe a month life would get back to what was considered normal.   However, even as the daily press briefings from the President and his experts finally came to an end, it became obvious that the world as I had known it would never be the same. Most of us gave up on the idea that life would return to what it was previous to COVID 19. Here we are six months later and the world seems more out of control than I have ever seen in my nearly 74 years of existence. I have discovered the idol of certainty.   The pandemic has ushered in THE AGE OF UNCERTAINTY!   Few have escaped personal change in their life's landscape.   I want to share with you how this has affected me, my role with Next Generation Ministries (NGM), and how the organization is doing in 2020. For the past 15 years, I have managed to return to the United States annually.  Pam and I come home for our annua